July 03, 2014
Rather than spend all of our time in London, my parents and I divided our UK trip into two weeks. We spent the first week exploring England and the second week exploring London. On our previous visit to England, we followed the same model, splitting time between the beautiful British countryside (the Peak District) and wonderful London.  It was fantastic!

Back in 2012, when we were planning a trip to the UK, my father was doing some research on the internet, trying to find the best way for us to explore places outside of London. We were leaning towards a tour of sorts, but we didn't want to sign up for a huge group bus tour. The idea of being in a bus, being herded from place to place like sheep, and having to deal with large crowds --- that just did NOT appeal to us. That's when he stumbled upon a company called "British Heritage Chauffeur Tours."

BHCT is a really unique company, where you have the luxury of exploring beautiful England, but you don't have the hassle of a giant tour group and rigorous schedule. Also, you don't have to worry about driving on "the wrong side of the road", since for us Americans, this is always a slight paranoia. Back in 2005, when my family visited England, my dad rented a car so we could tour the English countryside. To this day, he says it was one of the most stressful experiences of his life! On that note, another added benefit of BHCT is that someone else does the driving, whilst you get to relax and enjoy the scenery! (Also, you literally travel in style since the cars include Mercedes Benz and Jaguar). BHCT has pre-made tours that you can choose from (ex: Downton Abbey Tour or Jane Austen Tour), however, they can also customize tours, based on your requests.

There is something truly luxurious about being able to travel all over Britain with a fabulous chauffeur who is not only amiable and polite, but incredibly knowledgable about the UK. Not to mention, they are really good drivers! For our past two excursions, we have been fortunate enough to enjoy the company of the same chauffeur, and he is just such a lovely fellow. His knowledge about Britain is astounding and his country driving (squeezing down narrow country roads, maneuvering in tight spots) is impressive!

On our first trip with BHCT, we did a "BBC Period Drama Tour." Essentially, we toured the Peak District. We visited Highclere Castle (aka Dowton Abbey), Chatsworth (new Pride & Prejudice), Kedlesteon Hall (The Duchesss), Haddon Hall (Jane Eyre)….you get the idea. It was really wonderful and my parents and I enjoyed every second. There is something magical about visiting a place that you have seen so many times on TV and/or film. Oh, and did I mention that these grand country homes are absolutely STUNNING!!! (not to mention GINORMOUS!) 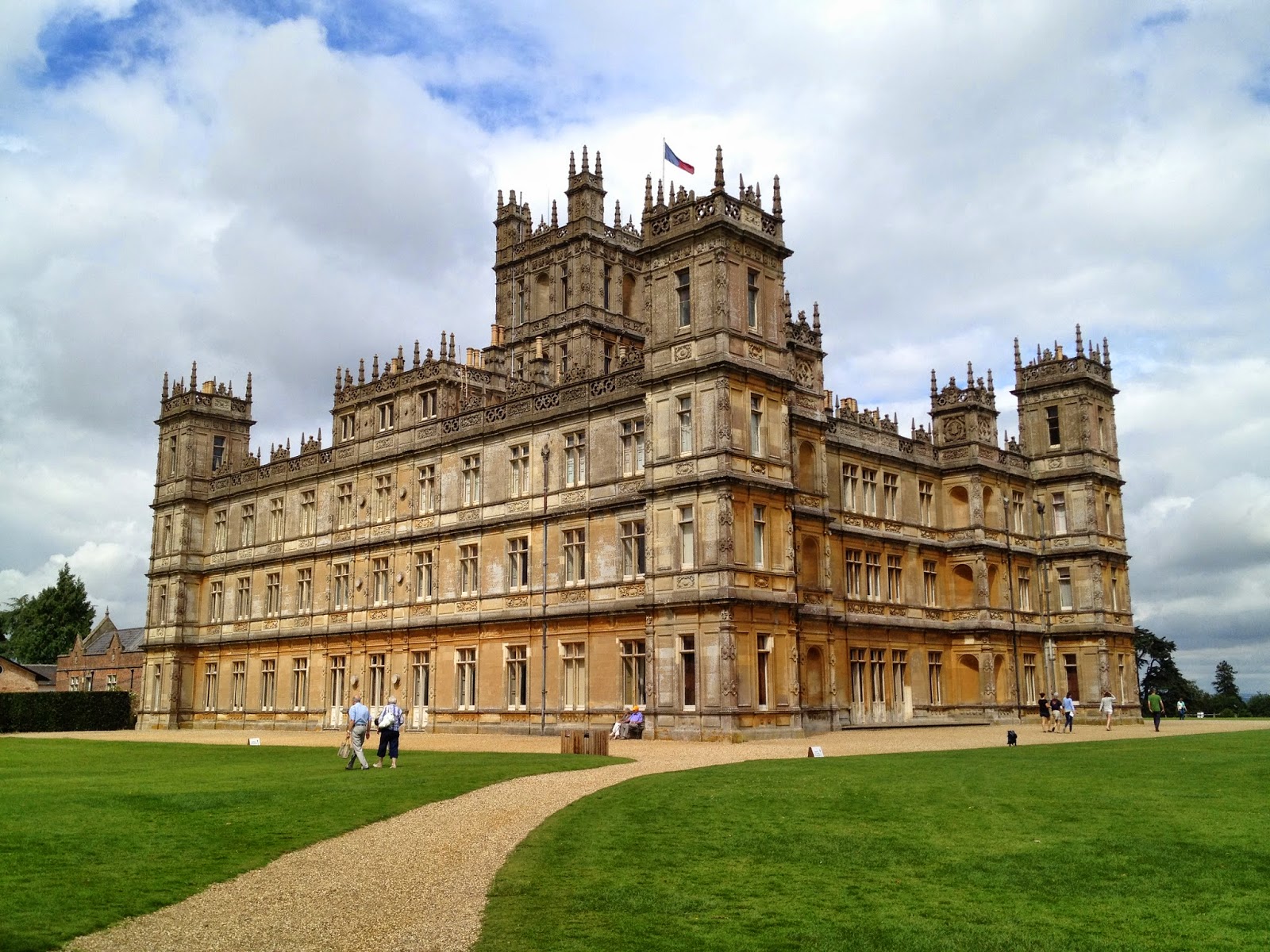 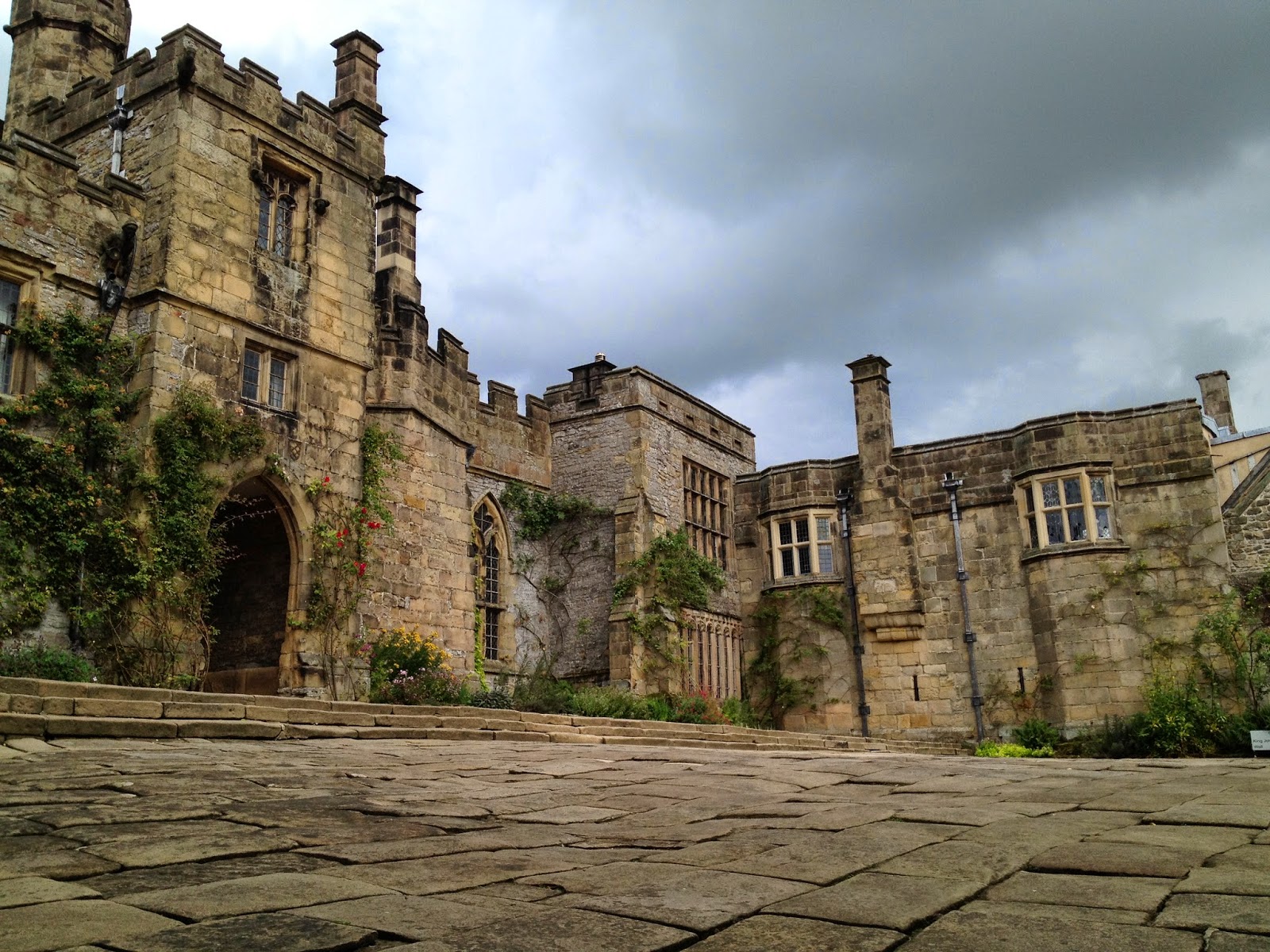 On this trip, we kept some BBC/film sites on the tour, but we went exploring even further and beyond the scope of TV and film! In fact, we did a giant circle through the England. Our travels looked a bit like this: 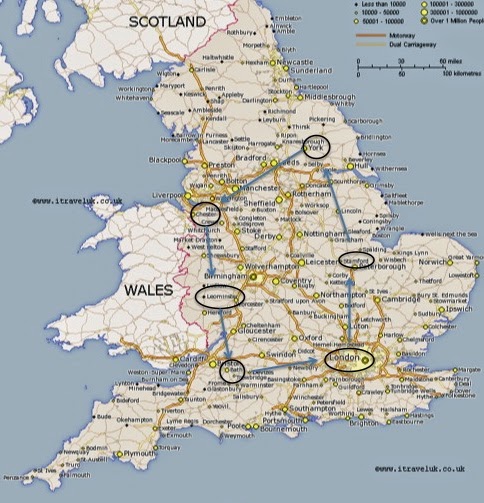 As you can see, we essentially made a giant circle 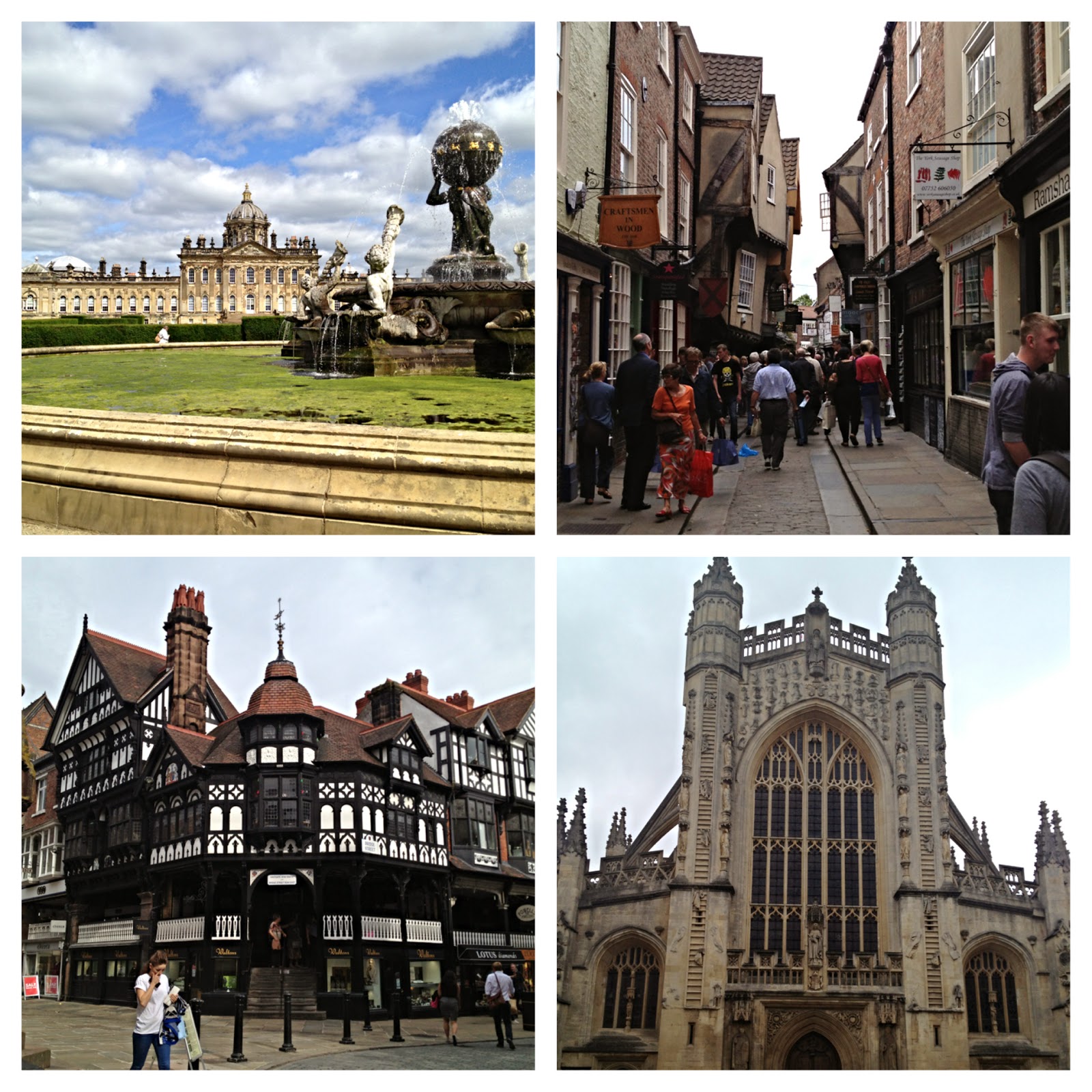 I won't go into too much detail here about where we visited and what we ate, since I have more detailed posts planned for the future, but what I will tell you is that my parents and I had a BLAST touring England. Having the same chauffeur as 2012 was such a pleasure because we already have a great report with him, so it was like road tripping with a friend. 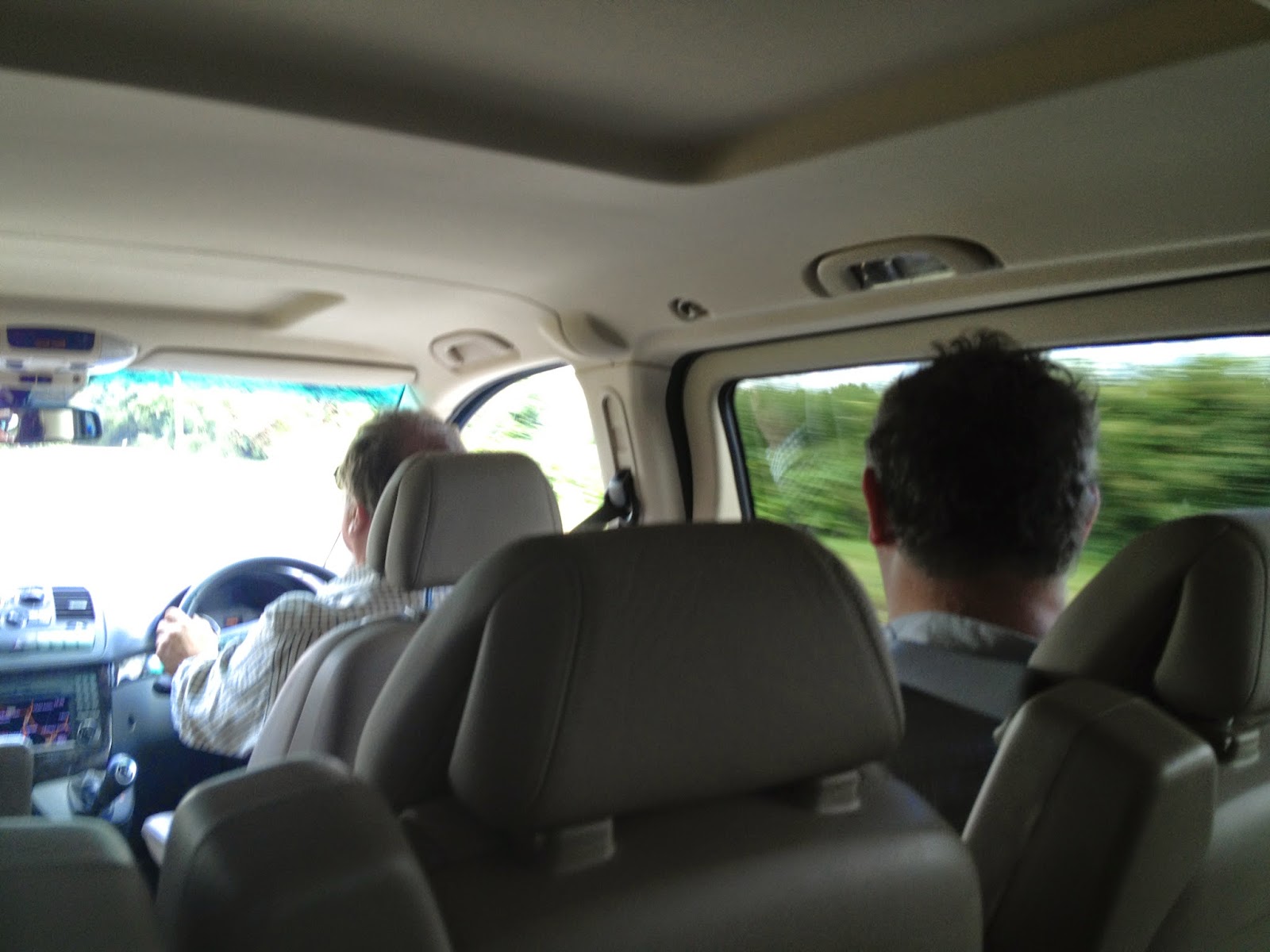 Traveling to the next site

I won't lie to you, BHCT isn't cheap. Yes, it may burn a bit of a hole in your pocket, BUT if you are serious about seeing England and you don't want a giant tour bus, THIS IS THE WAY TO DO IT. The one-on-one attention you receive from the company and the chauffeur is impressive, the schedules are never too hectic and perfectly planned, and the food/accommodations that are selected are of the highest caliber and quality. We've done two trips with BHCT and they have been the highlights of our time in England. They really are a hard working, dedicated, knowledgable, and overall an amazing company! I cannot recommend British Heritage Chauffeur Tours enough!

Popular posts from this blog 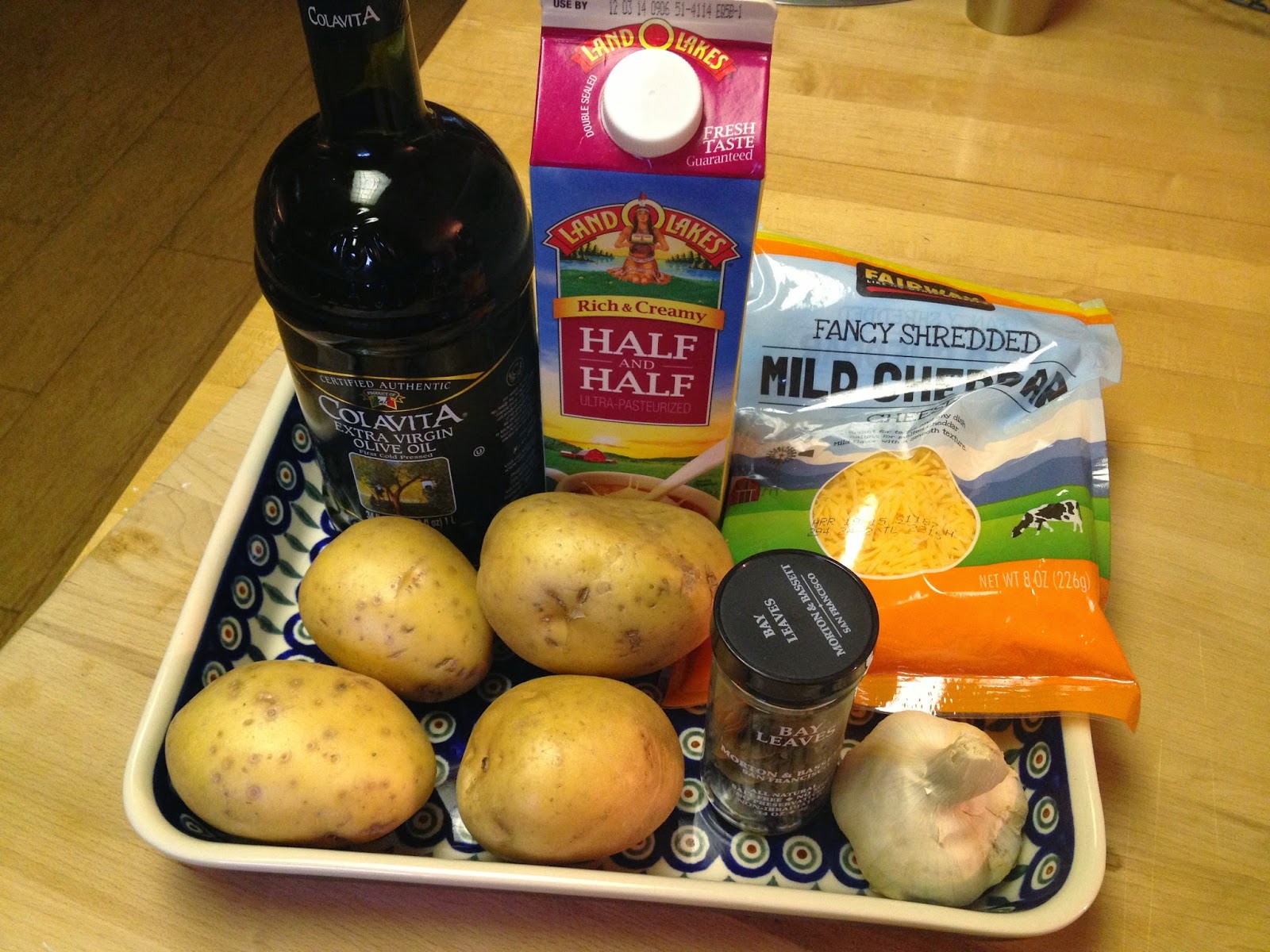 I am fairly impressionable --- at least when it comes to cooking. When I see a recipe or a dish that intrigues me, I become obsessed and determine to give it a go. I have been obsessively watching Come Dine With Me for at least one month and a dish that keeps popping up is: Potato Dauphionoise. I've eaten this side dish a couple times in my life, but not recently. It looked so delicious and easy to make, and I was determined to try my hand at this posh looking side.
As per usual, I consulted the internet to look for recipes. As most of you know, I am obsessed with Gordon Ramsay. He is always my go to. If he doesn't have a recipe for something I want to make, I'm always feel a little lost, but luckily, that wasn't the case this time. I was delighted to have stumbled upon Gordon Ramsay's "Gratin Dauphonoise." He has yet to let me down and you know what, this dish was a winner! Something that I am adding to my repertoire.
This dish was incredibly easy to m…
Read more 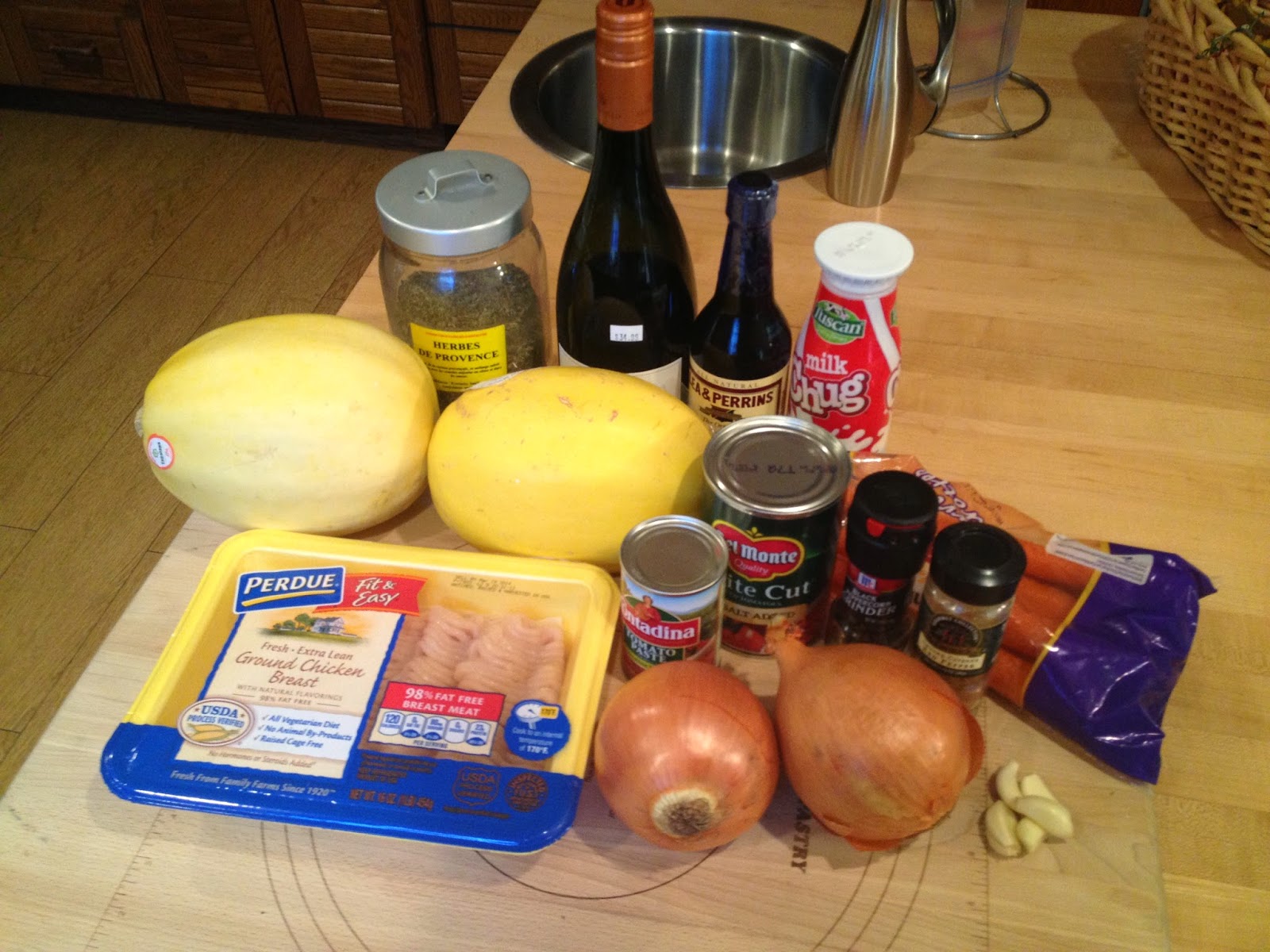 Don't ask me why, but recently, I've been craving spaghetti bolognese. Not sure why, but it has been on my mind. With no recipe immediately available to me, I took to the internet to search. I'm sure that there are many wonderful bolognese recipes out there, in fact, some of you reading my blog may have special family recipes, but for my craving, I turn to one man: Gordon Ramsay. We all know I idolize him. He is my favorite and he has never let me down yet.
I was delighted to find that my main man Gordon has a bolognese recipe. Not only did he have a recipe, it was super easy and fast --- perfect for a busy student. It seems Gordon cooked this recipe on one of his shows, so there was a youtube video and everything! I studied, bought my groceries, and was ready to go.
Now, whilst the recipe I've written here is pretty much based on Gordon Ramsay, I've made some modifications. For example, instead of beef, I used a healthier ground chicken option. Good gracious, thi…
Read more 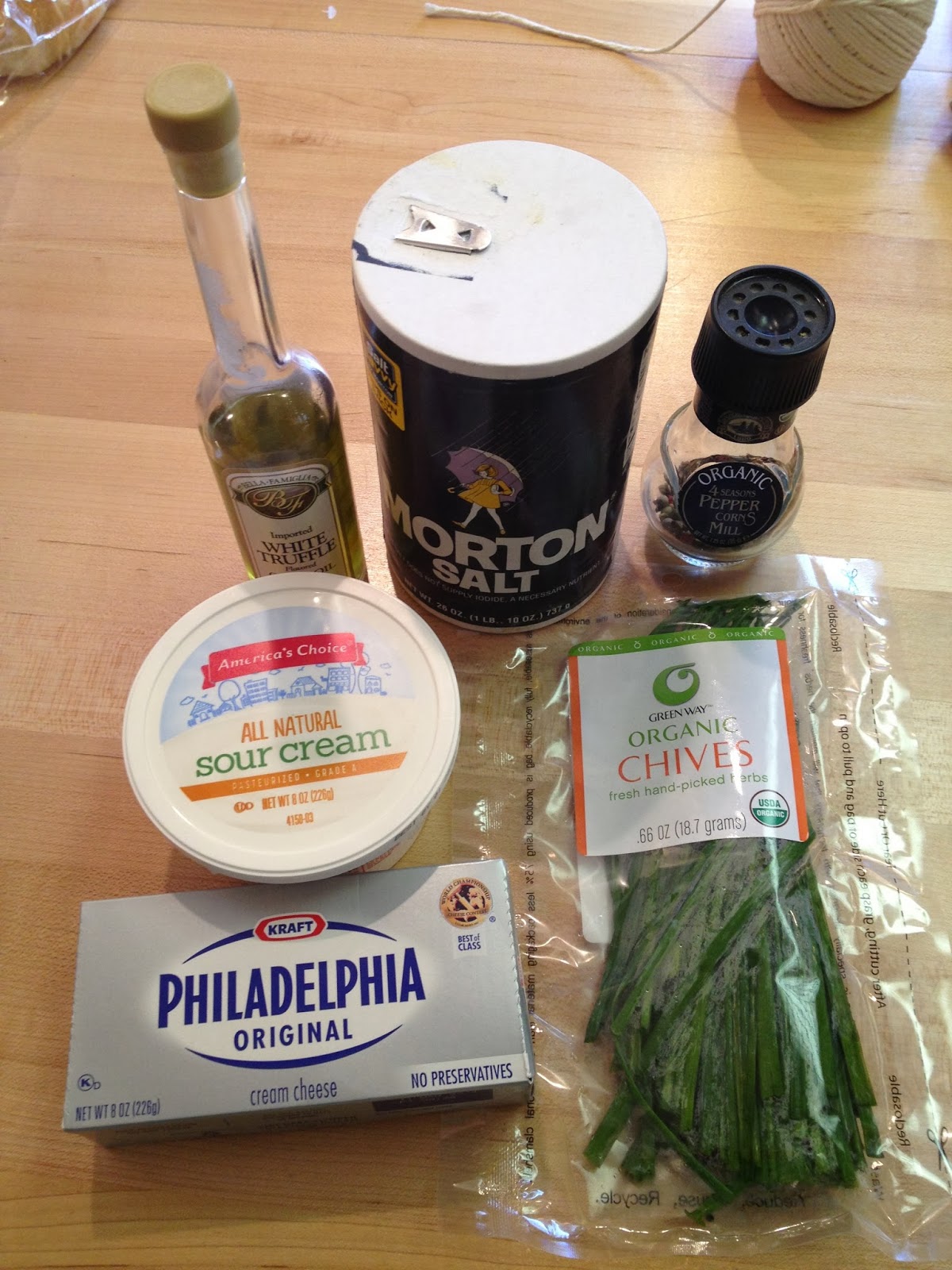 So, I realize that this post is rather late…but I figure, better late than never, right? Over New Years, I was searching for recipes online, when I stumbled upon a new Gordon Ramsay recipe. As we all know, I LOVE Gordon Ramsay, in fact, I should probably just change my username to that.
Chef Ramsay has a recipe for a deliciously decadent, but oh so easy truffle cream cheese spread, and I couldn't resist. The ingredients are simple, you may even have most of them, and it takes no more than ten minutes to make. Oh, and it's delicious.
Whether you are entertaining guests or spending time alone, this spread is perfect for all occasions. It's great with bread and crackers, it's also delicious with grapes. The fluffiness of the cream cheese/sour cream, coupled with the decadence and amazing aroma of the truffle oil makes this a really luxurious spread that everyone will love!
For Gordon Ramsay's video, please click this link.
Ingredients: - small container of cream ch…
Read more

Gourmet Foodie
Hello All! welcome to my blog. Here, I hope to share with you my many culinary adventures as well as my recipes. Whilst this is predominately a food blog, don't think I won't right about other things! I love all types of food from Michelin star cuisine to $1 pizza. I also love to try different types of cuisine. In addition to eating, I'm all about baking and cooking. I also enjoy visiting food markets. Basically, I love everything about food!